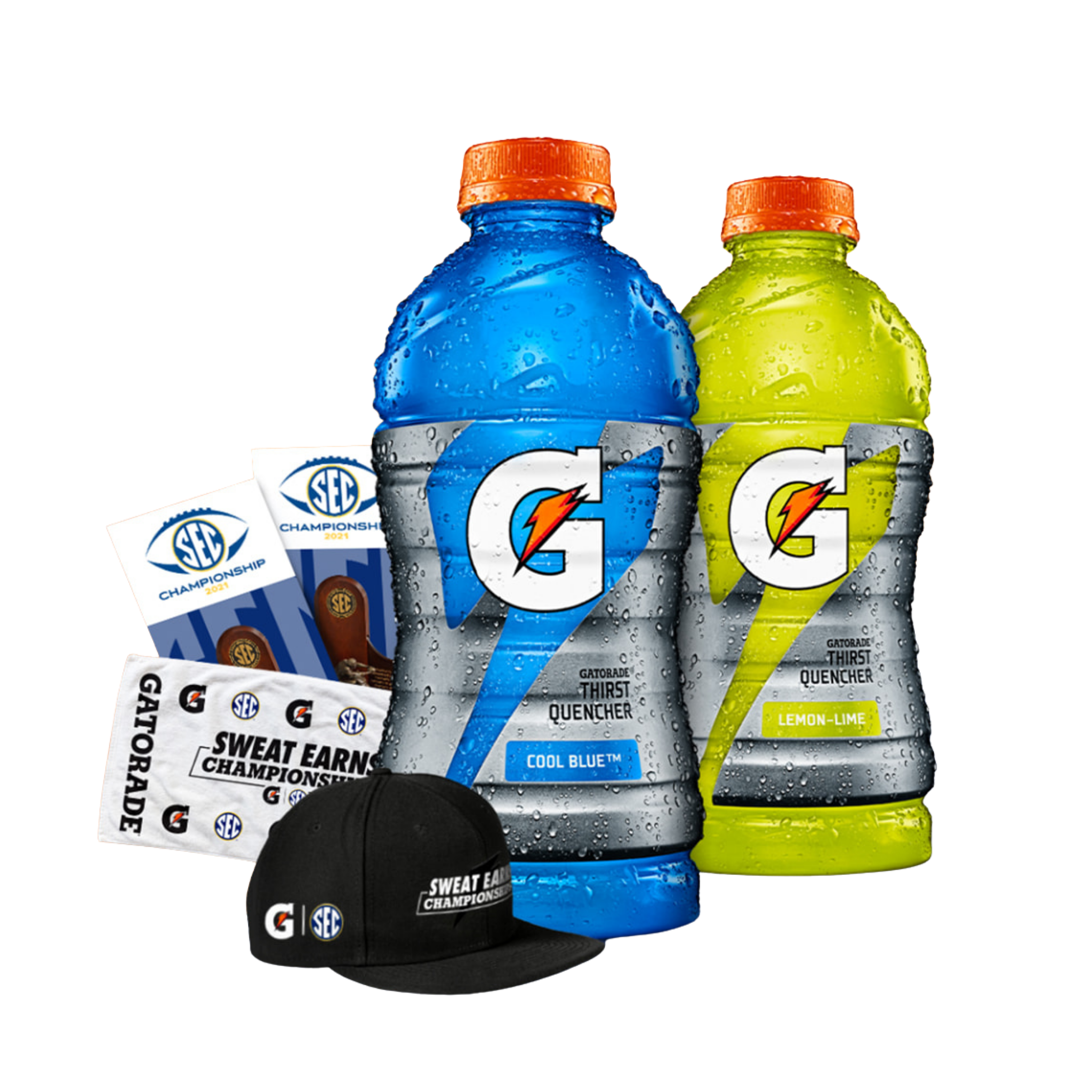 Looking to capitalize on the excitement of the return of fans to college football, Gatorade and their creative agency Motive partnered with Marketing Resources Inc. to administer a fun promotional program highlighting three of the biggest conferences in college football; the SEC, ACC, and Big Ten! Gatorade and Motive developed a high-end look and feel to the creative, with the MRi team bringing the vision to life in three separate promotional microsites, each highlighting the conferences and Gatorade brands and offering a unique experience for the consumers with ties to the conferences. 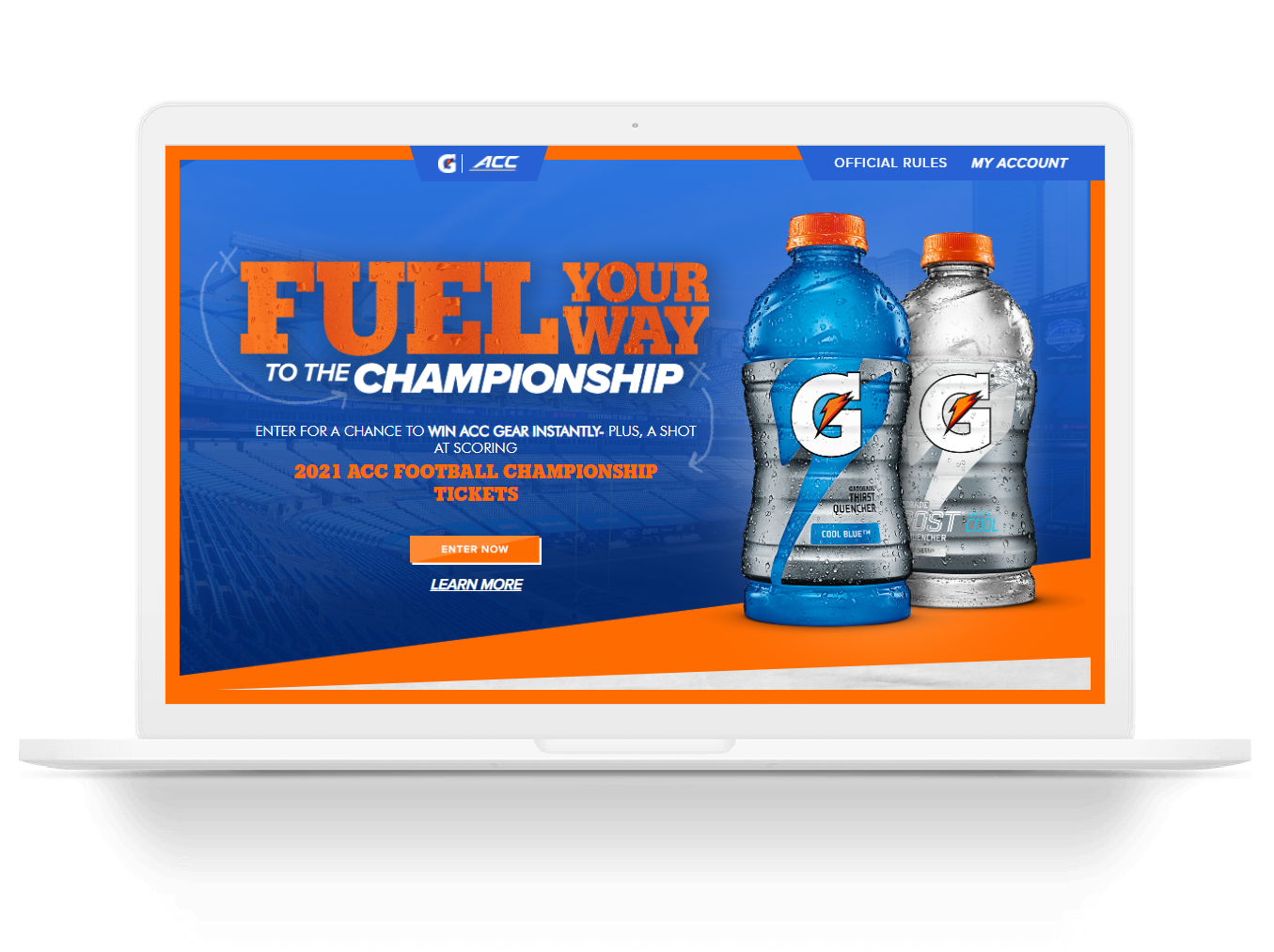 Few times are more exciting than the start of college football! With school back in session, Fall in the air, and fans back in the stands, the 2021 season looked to mark an amazing return of the tradition. Gatorade, a brand synonymous with college sports, especially Football, wanted to develop a consumer promotion that amplifies Gatorade’s SEC, ACC, and Big Ten football partnerships, exciting consumers and driving relevance and sales in Convenience and Gas South and Central Division Markets. To help make the programs a success, the Gatorade teams and partners wanted to; build on the success of the 2020 programs, creating a simple, seamless consumer experience; attempt to limit “sweepers” participating by setting program limits and creating relevant prizing incentives; localize the campaign, ensuring registered users are located in key South and Central Division states only, and ensure no purchase is required. This was no simple or easy task.

With the pandemic beginning to slow down and most of the country resuming at least some semblance of normalcy, Gatorade knew this was the perfect time to connect with their consumers. As a brand that is nearly synonymous with sports and championships, and with the college football season just around the corner, Gatorade and MRi set their sets on a related promotional campaign.

In an effort to better connect with their consumers on even deeper levels, Gatorade hoped to create a localized program, tapping into the rich emotions surrounding college football (it’s ok, we all get a little teary-eyed watching our favorite team take the field sometimes, this is a safe space). So, we created three distinct campaigns centered around three huge football conferences, the SEC, ACC, and Big Ten.

Tapping into these local markets and offering rewards specific to those regions (someone in Alabama won’t be too jazzed about Big Ten tickets, but boy would they love SEC tickets..), Gatorade was able to more effectively connect with and incentivize their loyal fans.

Each distinct campaign of course had a corresponding microsite. As always, these MRi developed sites were the central hubs for their associated promotional programs. They each featured important info for the programs including rules, how to enter, and frequently asked questions.

Open to consumers in the South Division states, users can enter daily for the chance to win a trip to the 2021 SEC Football Championship game and score some daily Gatorade SEC swag available as instant win prizes. Adding to the excitement, the program includes an AR filter developed specifically for the campaign, where users can use #GatoradeSECSweepstakes to post their photo(s) and get a GP bonus entry.

Open to consumers in the South Division states with ties to the ACC, users can enter daily for the chance to win a Grand Prize trip to the 2021 ACC Football Championship game and score some daily Gatorade ACC swag available as instant win prizes. This program also has weekly, changing Poll Questions based on the ACC football season that users can complete to earn one (1) Grand Prize bonus entry each week.

Open to consumers in the Central Division states with ties to the Big Ten, users can enter daily for the chance to win a Grand Prize trip to the 2021 Big Ten Football Championship game and score some daily Gatorade Big Ten swag available as instant win prizes. This program also has weekly, changing Poll Questions based on the Big Ten football season that users can complete to earn one (1) Grand Prize bonus entry each week.