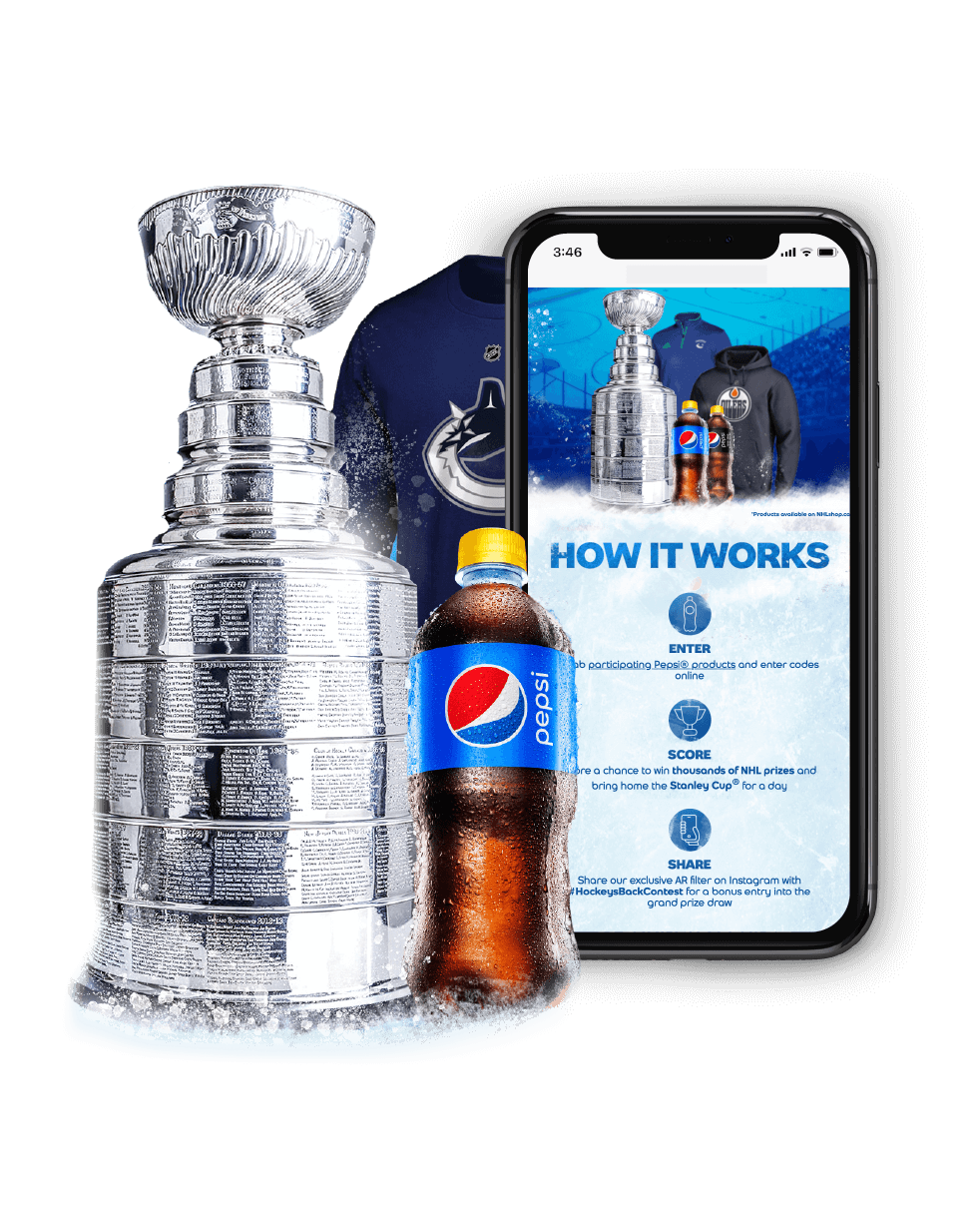 After being postponed due to COVID-19, NHL returned with a shortened season beginning in August. Pepsi Canada needed a partner they could trust to deliver quickly, so they teamed up with MRi to bring joy to Canadian hockey fans. 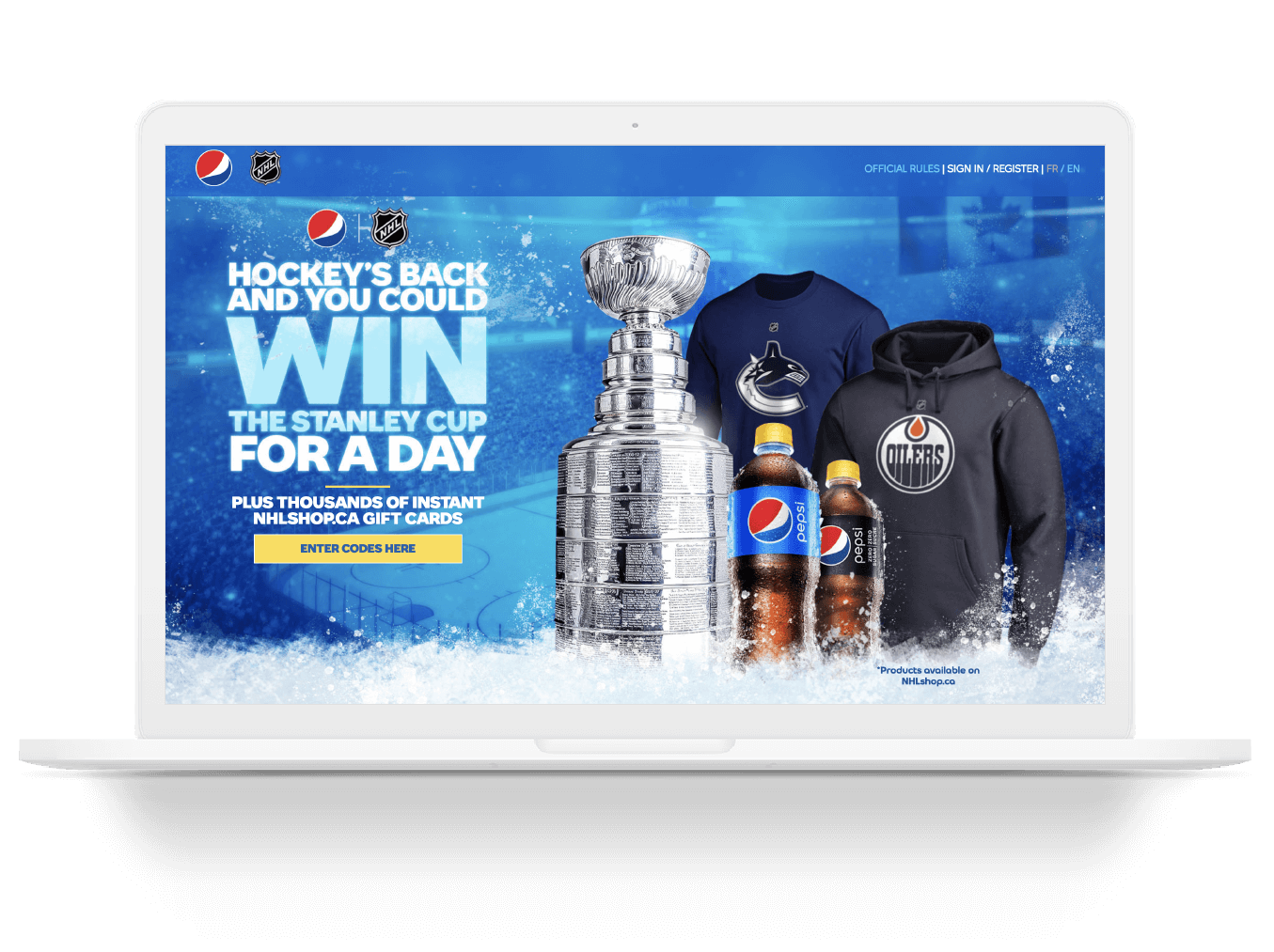 Thanks to its powerful brand image and consistency, Pepsi has cemented itself as the drink of the summer. In fact, fans know that Pepsi and summer fun go together like hockey and ice! Using our consultative approach and Consumer Connect platform, our experts identified this promotion’s unique purpose. Pepsi needed enticing consumer engagement that would raise awareness of their sponsorship with the NHL. The “Pepsi Hockey’s Back Contest” was the perfect promotion to bring excitement to Pepsi and NHL fans all across Canada.

Once their promotion’s purpose was identified, the MRi team got started on developing a promotion strategy. An attractive on-pack promotion tied to the return of the NHL and featuring NHL-related prizes was the ideal solution that would best meet the client’s challenges under a tight deadline. In order to bring awareness to Pepsi’s sponsorship with the NHL, we knew the prizes had to be catered to NHL fans. And what better way to engage NHL fans than to give them an opportunity to win a day with the Stanley Cup. As an added incentive, NHLSHOP.CA gift cards were awarded as instant-win prizes.

How We Did It

Even more, to raise social media awareness, fans could receive a bonus entry to the grand prize sweepstakes by capturing a photo or video hoisting the cup with the Hockey’s Back augmented reality effect and submitting it in a post on Instagram with the hashtag #HockeysBackContest.

Once the strategy was finalized, our digital team developed a responsive, user-friendly, and, most importantly, a secure, microsite for the promotion. Our digital team worked hand-in-hand with Pepsi’s creative team. This helped ensure we built a functional and stunning site that was perfectly aligned with Pepsi’s brand.

An added element to consider, we also had to work closely with the NHL’s official brand standards. Our teams had a lot on their plates, but ultimately delivered an effective landing page and home for this awesome campaign.

All code generation and management were handled by our expert team, with 25 years (and counting) of experience. With our experience, we successfully prevented any potential fraud with this campaign.