Zuru Bunch o Balloons Splash for a Chance to Win  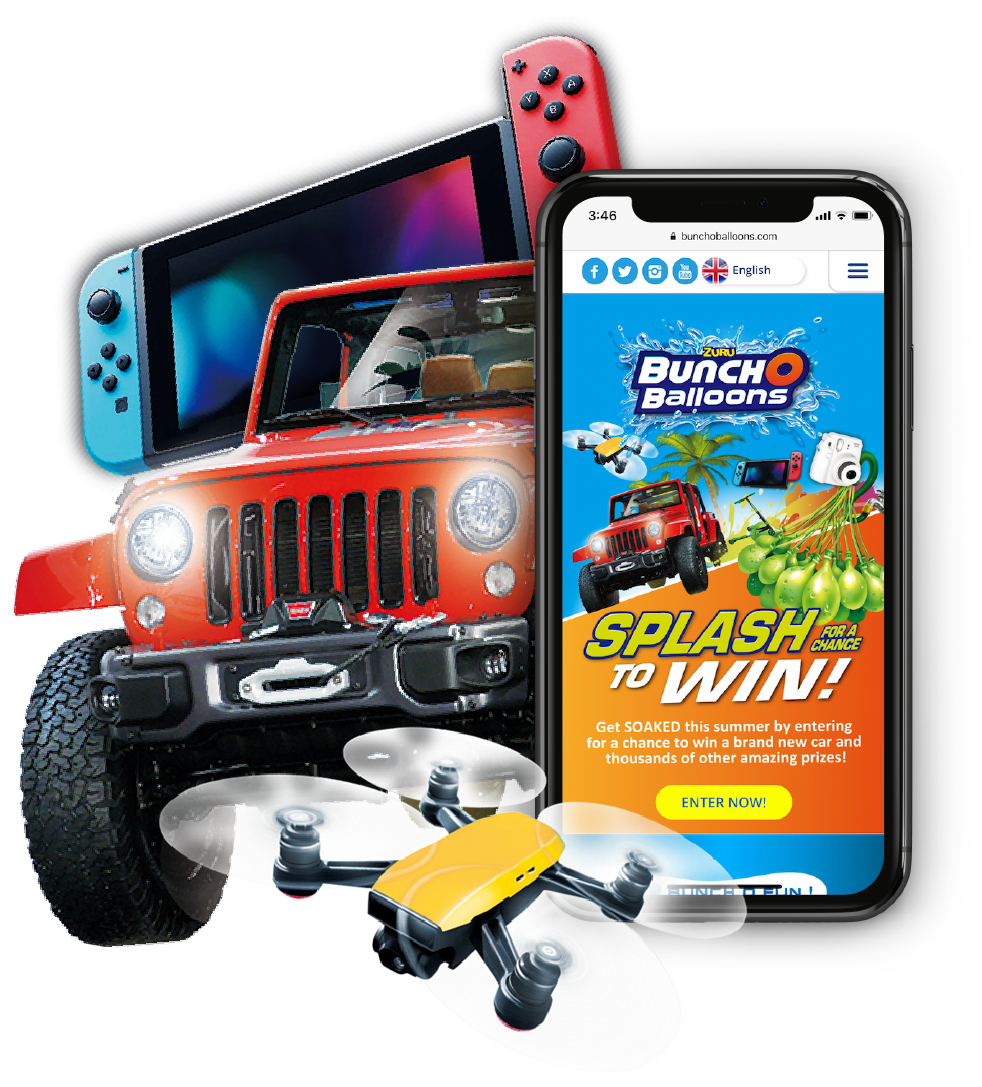 Zuru’s Bunch-O-Balloons brand wanted to get fans excited for summer while also raising brand awareness and engagement with a promotion beginning in Australia and New Zealand (during the summer months in the southern hemisphere) and eventually moving into the US, UK, and CA. A truly global promotion, Zuru and Marketing Resources Inc. quickly got to work identifying the purpose of this large campaign. 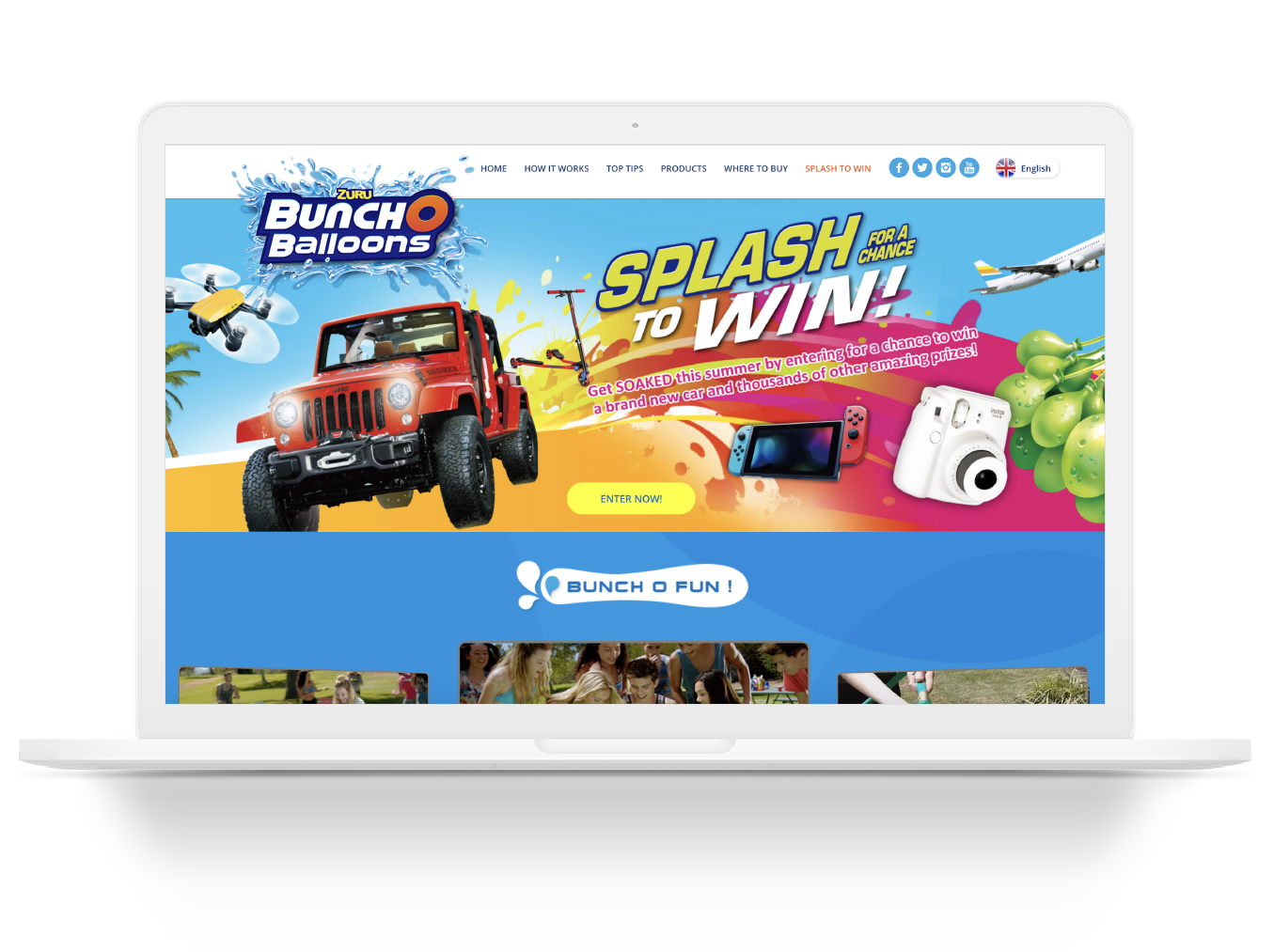 With the uniqueness and innovation of the self-tying Bunch-O-Balloons product, we knew customers would want a promotion just as game-changing and fun. Simply put, we had to bring our “A-game.” No problem. We always do.

Dubbed “Splash for a Chance to Win”, we created a purpose-driven in-pack sweepstakes plus an instant win game. Since we had already determined that Zuru’s main purpose was to increase their engagement, we knew we had to create a campaign that would bring Zuru fans back again and again.

We chose to incorporate an instant win to give consumers immediate satisfaction of winning prizes when they entered a code. Instant gratification is an incredibly effective method to influence consumer behavior. We knew Zuru consumers would be highly motivated by the chance to win instantly, and they were! In total, we received over 100,000 submissions.

Then, the sweepstakes portion of the campaign encouraged everybody to come back and reengage with Zuru to enter and give them a chance to win a prize at the end. With the addition of a sweepstakes campaign, we not only captured consumers the moment they saw a Zuru product on the shelves, but we also called them back to the site for more.

Fans could find a “Soak and Reveal” game piece on the back side of the instruction insert.  Knowing Zuru had a water balloon product and focused on delivering a purpose-driven campaign, we created an interactive game piece!

We added an extra interactive element to this campaign to delight consumers and increase engagement. Just like the name suggests, consumers had to “soak” the insert with water to magically reveal their unique code.

Our secure and accurate unique code system processed over 100 thousand submissions. With each code, customers had a chance to win one of the thousands of exciting prizes, including a brand new car!